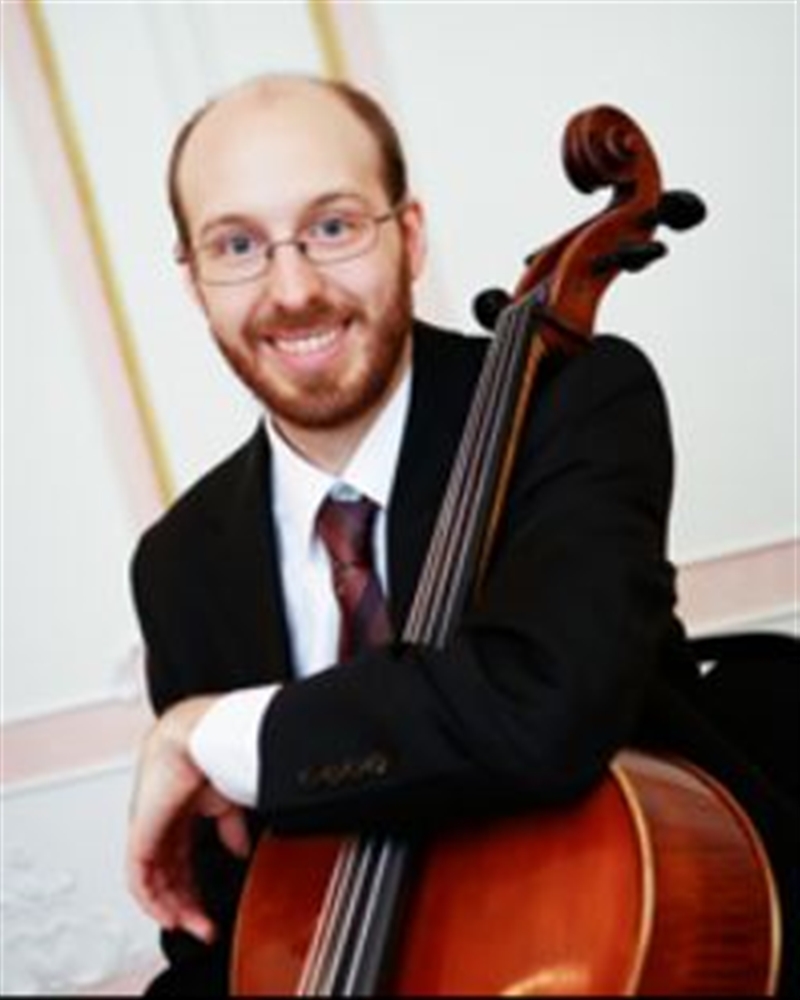 Charlie Rasmussen strives to help his students develop a lifelong passion for music and cello playing. Mr. Rasmussen is currently a cello faculty member and string department co-chair at the Wisconsin Conservatory of Music in Milwaukee where he teaches private and group cello lessons, musicianship classes, and coaches chamber ensembles. He was previously on faculty at the Talent Education Suzuki School in Norwalk, CT.

As a modern cellist, Mr. Rasmussen performed as cellist in the Spiritoso Quartet from 2015-2016 and the Immer String Quartet while he was a student at UNCG. As an orchestral musician, Mr. Rasmussen has served as a principal cellist of the Danville Symphony Orchestra (VA), University of North Carolina Symphony Orchestra, and the Luther College Philharmonia. He has also performed with the Fayetteville and Norwalk Symphonies. An advocate of new music, Mr. Rasmussen performed in the premiere of Alejandro Rutty’s Cantabile Hop at the 2012 North Carolina Music Teacher’s Association in Chapel Hill and premiered a string quartet by Elise Grant in 2015. He has recorded for Grammy Award-winning Broadway and film composer Paul Bogaev.