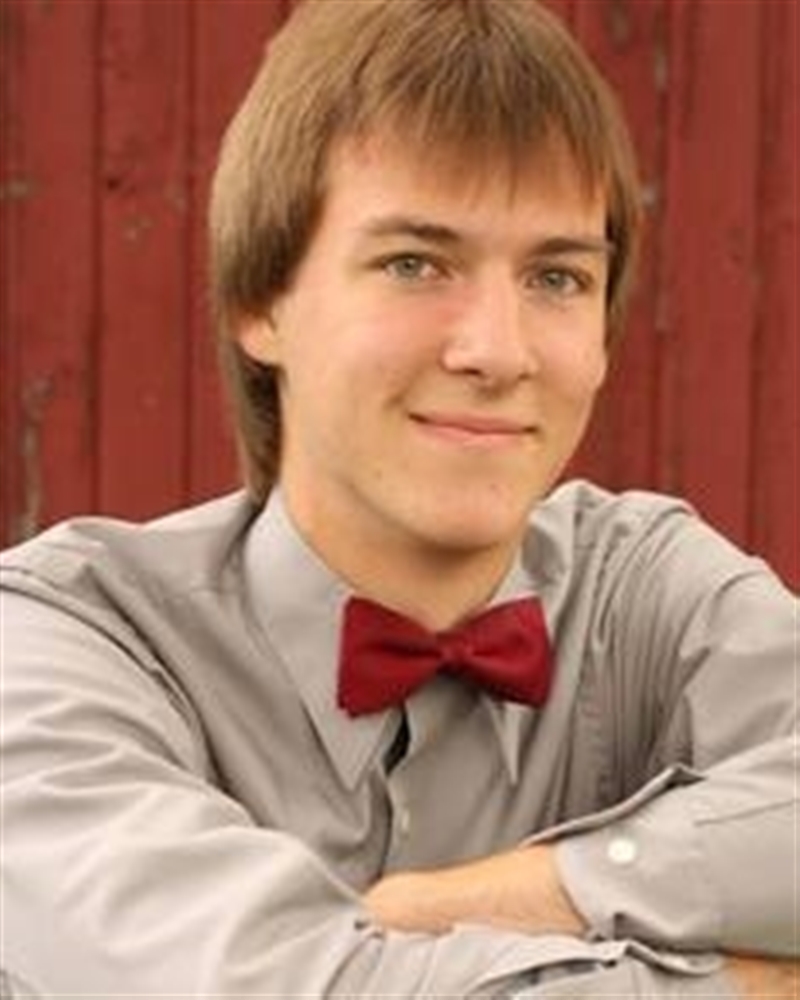 Richard Petarius III was born in Milwaukee, WI, but moved to Watertown at the age of one. There, he was introduced to the double bass in sixth grade by former Wisconsin Youth Symphony Orchestra (WYSO) director Mark Leiser. He was fascinated with the size of the instrument and was drawn to it, partly because “everyone else was playing the violin.” In his sophomore year of high school, Richard decided to learn cello in addition to bass. Since then, he has played both instruments in many symphony orchestras including those of UW-Whitewater, UW-Milwaukee, Beloit/Janesville, and Sheboygan. He has performed as a guest artist with his high school chamber orchestra in Watertown, WI in 2019 when he played Elgar’s Cello Concerto in E minor. He has also played in many jazz combos in Whitewater, Milwaukee, and Madison. His solo works include the concertos of Elgar, Davidov, and Lalo for the cello and Capuzzi and Koussevitsky for the bass.

He received his Bachelor’s Degree in Music Performance on the cello under Dr. Benjamin Whitcomb from UW-Whitewater with a Minor in Physics and is currently attending UW-Milwaukee in pursuit of a Master’s Degree studying with Dr. Stefan Kartman. Beyond that, his plans are unclear, though he is sure he wants to play as much as possible. The ideal evening would include a symphony concert followed by a jazz gig extending far into the night. He wants to spread as much musical joy as he can in the world through his playing and teaching.

He truly believes in the power of music in the world. It is an endless well of inspiration and expression of the innermost emotions, from which he draws constantly. He also greatly appreciates the privilege that comes with being a musician. His job is quite literally called “playing,” and he tries to never take that for granted.

In his spare time, he likes to learn Italian, but one of his true passions outside the world of music is in physics. He spends many hours reading the works of famed astrophysicists and scientists such as Neil DeGrasse Tyson, Brian Greene, Carl Sagan, and Stephen Hawking. Reading and listening to these people, Richard has a newly found appreciation for the universe and everything that connects to everything else. He has spent many nights just looking up, staring at the stars that are quite literally quadrillions of miles away. Rather than feeling small, he feels connected to the cosmos, inspired by the fact that he and those stars share the same particle building blocks. He also has a sense of humor and enjoys breaking down comedy and finding the little nuances that make something funny. He wants to find the connections between jokes and the people that laugh at them. He very much enjoys a well placed juxtaposition.